Deontay Wilder and Tyson Fury getting at least $28m each

Reports say that Deontay Wilder and Tyson Fury will both bag at least $28 million for their highly-anticipated rematch this Saturday.

The two boxers will be fighting for the WBC, The Ring, and Lineal Heavyweight titles on this saturday. A year and a half in the making, the fight will result in massive paydays for both men. Mike Coppinger of The Athletic is reporting that both boxers will earn a minimum of $28 million, in addition to pay-per-view points as they are sharing the revenue 50/50. If there is a trilogy, the split will be 60/40 for whoever won.

“Sources: Tyson Fury & Deontay Wilder will each earn upward of $28 million guaranteed plus upside of pay-per-view profits for the heavyweight title rematch,” Coppinger reports. “Career-high paydays for both; 50-50 split. 60-40 for winner in third fight if loser exercises rematch clause #WilderFury2”

Deontay Wilder and Tyson Fury had their first fight back in December, 2018. In the end, the fight was ruled a split draw. It wasn’t without controversy as many thought the “The Gypsy King” won the fight, with others believing Wilder’s 12th round knockdown of Fury should’ve been ruled a knockout. This saturday, the two men will settle their differences inside the square circle.

Since their first fight, Wilder has knocked out Dominic Breazeale in the 1st round and then went on to rematch Luis Ortiz. After losing the first 6 rounds he connected with his hard-right hand and knocked the Cuban out cold.

Meanwhile, Tyson Fury, has also fought twice since their first fight. He beat Tom Schwarz by TKO in the 2nd round and then defeated Otto Wallin by decision in a fight that seen “The Gypsy King” deal with adversity as he had a massive cut above his eye that kept pouring blood and nearly resulted in the fight being stopped.

This article first appeared on CLOSEDGUARDMEDIA.com on 22nd February, 2020. 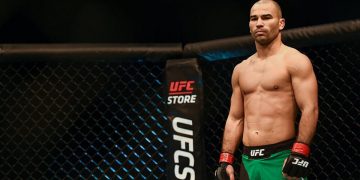 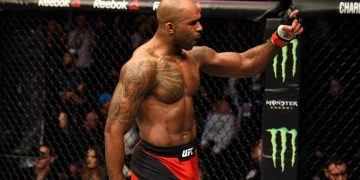 Coach says Daniel Cormier "was not 100%" in the Miocic rematch